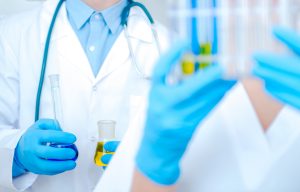 Demand for Medical Psychedelic Stocks Like MindMed Is Growing

As the cannabis stock market continues to recover from 2019, there is a new sector emerging that marijuana investors may want to keep their eyes on. That is, companies focused on psychedelic medications that help combat mental illness and wean people off opioids.

One such company, Mind Medicine Inc—also known as MindMed—is set to have an initial public offering (IPO) by the first week of March on Canada’s NEO Exchange, with the ticker MMED. (Source: “Move Over, Pot: Psychedelic Companies Are About to Go Public,” Bloomberg, February 11, 2020.)

Other psychedelic pharmaceutical companies are also looking to go public.

Thanks to very promising research and a push to legalize psychedelics, the outlook for companies like MindMed is reminiscent of the early days of the marijuana boom, except this industry could be even more promising.

Here’s what investors should know about the upcoming Mind Medicine IPO and the potential IPOs of other psychedelic medication providers.

There’s a lot of untapped potential in psychedelic medications. That’s mostly because they’re currently illegal, and not a whole lot of scientific research has been done on them.

But that could be changing. There is a proposed ballot measure in D.C. that would decriminalize psychedelic plants and fungi. (Source: “DC considering proposal to decriminalize hallucinogenic mushrooms,” The Hill, February 5, 2020.)

Lawmakers in Vermont are also looking to decriminalize psychedelics such as peyote, psilocybin, kratom, and ayahuasca. Kratom, for example, has been used to treat pain and anxiety and to reduce dependency on alcohol and opioids. (Source: “Kratom: What is the substance Vermont lawmakers want to decriminalize and who’s using it?,” Burlington Free Press, February 10, 2020.)

The untapped potential of psychedelic drugs has caught the attention of some industry bigwigs.

So what’s the big deal with MindMed?

It’s a startup company that discovers and develops medicines based on psychedelics. The company is working on an intellectual property (IP) portfolio, and it has been conducting clinical trials on psychedelic-based medicines that treat attention deficit hyperactivity disorder (ADHD) and addictions to opioids and alcohol.

18-MC is a non-hallucinogenic compound (despite having the hallucinogenic substance ibogaine as its base) that could eliminate people’s addictions to hard drugs, alcohol, or even sugar. (Source: “Silicon Valley’s psychedelic wonder drug is almost here,” Fast Company, December 9, 2019.)

“This could save lives, cure depression, help alcoholism, get people off opioids—why wouldn’t I want to be invested?” said O’Leary.

Since MindMed is a startup, it is not yet generating any revenue. The company is expected to have a valuation of around $50.0 million when it goes public. JR Rahn, co-founder of Mind Medicine Inc, said he expects to take it public via a reverse takeover.

How is investing in MindMed different from investing in a pot stock? Cannabis and many psychedelic drugs are both illegal at the federal level in the United States. But the research that pharmaceutical companies like MindMed are doing on psychedelics is not illegal.

According to Rahn, this gives Mind Medicine Inc a “greater opportunity to access growth capital from private investors in the U.S. who may not touch cannabis.” (Source: Bloomberg, February 11, 2020, op. cit.)

MindMed is on track to be one of the first publicly listed neuropharmaceutical companies developing psychedelic medicines. But it’s not the only one. Hot on its trail is Field Trip Psychedelics Inc.

Companies conducting research on psychedelic medications have caught the attention of cannabis investors. Psychedelics could become the next big investing opportunity in 2020.

First, the research into psychedelics has shown amazing promise. Second, unlike with cannabis, it’s legal for companies like Mind Medicine Inc to do this kind of research in the United States. That opens up the door to U.S. investors, and to potentially amazing short- and long-term gains.

As such, investors might want to keep their eyes open for the upcoming Mind Medicine IPO. 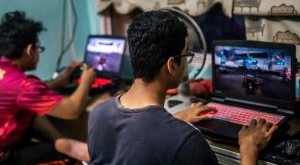 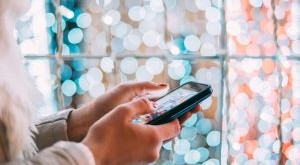 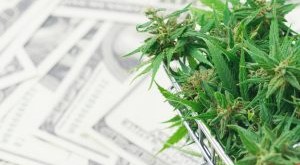