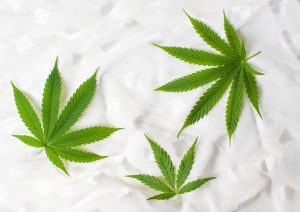 You can now spark it up in Illinois. . .almost. And that’s good news for three U.S. cannabis stocks.

Illinois took an innovative approach to legalizing recreational cannabis. While most other states did so through voter referendums, Illinois is the first state to do so through the legislative process.

The legalization of recreational cannabis in Illinois means approximately 800,000 people who have criminal records for buying or possessing 30 grams of weed or less could have their records expunged. Just not right away; possessing cannabis will remain a crime in Illinois until January 1.

Pritzker previously said that once recreational cannabis is legalized, taxes generated from marijuana sales could bring in $58.0 million in 2020 and $500.0 million by 2024. Through legalization, 25% of recreational cannabis sales will funnel back into the state to help redevelop impoverished neighborhoods. Twenty percent of revenue will go to substance abuse programs. (Source: Ibid.)

Illinois, with a population of approximately 12.75 million, means a world of opportunity awaits cannabis producers who already have a presence in the state. Below are three U.S. cannabis stocks that should benefit from the legalization of recreational, adult-use marijuana in Illinois.

In just two months, Chicago, Illinois-based Cresco Labs Inc (OTCMKTS:CRLBF) went from being just a face in the crowd to one of the most talked about players in the U.S. cannabis industry. (Source: “Corporate Overview,” Cresco Labs Inc, last accessed June 26, 2019.)

In March, the multi-state seed-to-sales cannabis stock announced it was acquiring VidaCann for $120.0 million, giving it access to the Florida market. Then, on April 1, Cresco Labs announced it was acquiring OriginHouse to the tune of $815.7 million in stock. The deal gives Cresco Labs access to California, the largest cannabis market in the world and the fifth-largest economy on the planet. (Source: “Events and Presentations,” Cresco Labs Inc, last accessed June 26, 2019.)

Once completed, Cresco-branded products will be available in more than 725 dispensaries, giving it the biggest, most strategic footprint of any marijuana company in the U.S.; Cresco Labs Inc has operations in 11 states, six of which are in the most populated states in the country.

This should help Cresco Labs reach its 2021 revenue goal of $1.0 billion—a massive increase over the $43.3 million it reported in 2018. It is also a figure that will help it rival larger, limelight-hogging licensed producers in Canada.

On May 29, Cresco Labs announced that first quarter revenue was up 313% year-over-year at $21.1 million; net loss was $7.6 million, compared to net income of $0.6 million in the same period last year. The company has total assets of $364.0 million, which includes cash equivalents of $106.1 million, and zero debt. (Source: “Cresco Labs Announces Profitable First Quarter 2019 Financial Results with Revenue Growth of 313% Year-over-Year and 24% Quarter-over-Quarter,” Cresco Labs, Inc., May 29, 2019.)

MedMen Enterprises Inc (OTCMKTS:MMNFF) cultivates, produces, distributes, and sells its recreational and medicinal cannabis to numerous states across the U.S., including Illinois, California, Arizona, Florida, Nevada, and New York. It has 17 factories, 86 retail store licenses, and 37 operating stores, with the company expecting to operate 50 by the end of 2019. (Source: “Corporate Presentation,” MedMen Enterprises, Inc., June 2019.)

The transaction is expected to close at the end of this year. When it does, MedMen Enterprises Inc will instantly become one of the largest cannabis retailers in Illinois, with 10 stores.

It owns six brands and has 13 products facilities, 23 open stores, and 89 retail licenses. In Illinois, Green Thumb operates five dispensaries and is expanding its footprint. Most recently, it acquired Evergreen Dispensary, LLC, owner of a retail store located just outside of Peoria.

On June 5, the company closed its acquisition of Las Vegas-based Integral Associates. With the acquisition, Green Thumb now has three high-traffic stores in Las Vegas, including the only one on the Las Vegas Strip. It also won eight additional retail licenses in the Reno and Las Vegas areas.

With Integral Associates, Green Thumb also entered the California market with one of five retail licenses for West Hollywood. It was also awarded a retail store for Pasadena on June 5.

As of March 31, 2019, Green Thumb Industries had total assets of $661.5 million, which included cash and cash equivalents of $117.1 million. It currently has a total outstanding debt load of $6.7 million.

The legalization of adult-use recreational cannabis in Illinois will be a boon for those marijuana stocks that already have a strong presence in the state. In particular, Cresco Labs, MedMen, and Green Thumb Industries should be some of the biggest winner’s comer January 1, 2020.

While legalizing recreational marijuana has stalled in a number of states this year, that log jam will eventually open up. It’s going to be tough for the rest of the country to say no to recreational cannabis when they see the hundreds of million, and in some cases, billions of revenue dollars that are streaming into cash-strapped state coffers.

Previous How to Maximize Your 401(K)…
Next Bootstrapping? 2 Funding Sources Entrepreneurs Overlook… 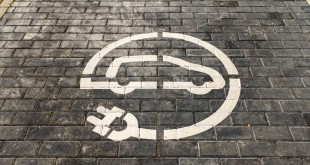 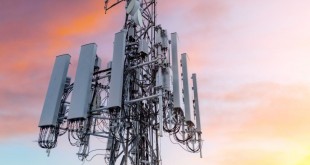 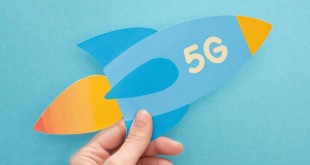 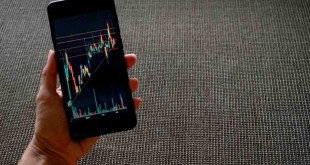