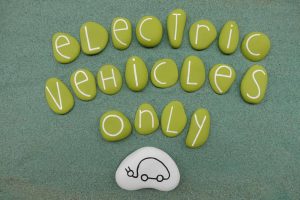 Why Tesla Inc Is Still THE Leading EV Stock…

In recent weeks, we have looked at quite a few up-and-coming companies in the booming electric vehicle (EV) industry. But the most common question we get from readers about EV stocks remains: what do you think about Tesla Inc (NASDAQ:TSLA)?

Well, if you are a long-time reader of Profit Confidential, you’ll know that I’ve been a Tesla stock bull for years.

Back in 2015, when the company was a short seller’s favorite (it still is to an extent, except a lot of them have already been squeezed out), I wrote, “If the company successfully breaks into the mass market with its Model 3, expect Tesla’s stock price to shoot through the roof.”

And that’s basically what happened.

Of course, as the years went by, Tesla stock had some ups and downs.

Last summer, when the company’s shares were trading around $244.00 apiece (before the split), I explained why “a $1,000 price tag on TSLA stock is not impossible.”

That came true as well. In fact, Tesla is well-above that bold target.

Now, I should point out that, as a risk-averse investor, I’m not really a fan of buying stocks after they shoot through the roof; I’d rather get in early on the growth trajectory. But with recent developments, Tesla did demonstrate something that’s rarely found in the automotive industry: resilience.

You see, car sales are cyclical. When the economy is booming—like what we’ve seen for the most part of the last decade—automakers will be doing quite well. When things get tough, though, consumers won’t be buying as many new cars as before and, as a result, automakers could see substantial declines in business.

Tesla stock completed its initial public offering in 2010, so its growth as a public company has coincided with a period of economic expansion. But now the economy’s been hit with the COVID-19 pandemic, so we finally got a chance to see how this EV company does during a recessionary period.

The results have been quite encouraging. In the second quarter, Tesla generated $6.0 billion in total revenue, which was down just five percent year-over-year. Moreover, the amount was much better than the $5.4 billion Wall Street was expecting. (Source: “Q2 2020 Update,” Tesla Inc, July 22, 2020.)

For an automaker, delivery numbers are a key performance metric. In the second quarter of 2020, Tesla delivered 90,891 vehicles, which represented a five-percent decline from the year-ago period. Again, the number was much better than analysts’ projections.

Keep in mind that there was a factory shutdown in the second quarter. And yet, Tesla Inc still produced 82,272 vehicles.

In July, management said that “While our main factory in Fremont was shut down for much of the quarter, we have successfully ramped production back to prior levels.” (Source: “Tesla Q2 2020 Vehicle Production & Deliveries,” Tesla Inc, July 2, 2020.)

Those numbers set a new quarterly record for the company.

I can still remember a few years ago when Tesla stock bears were arguing that the company could not ramp up production. It was a valid concern back then because, for an automaker, expanding production capacity is quite a capital-intensive task. But Tesla managed to do it, and it did so despite the negative impact from the COVID-19 pandemic.

Better yet, as Tesla grew its business, it also became profitable. In the second quarter of 2020, the company generated generally accepted accounting principles (GAAP) net income of $104.0 million. Note that this marked the fourth consecutive quarter of sequential profitability for the company. 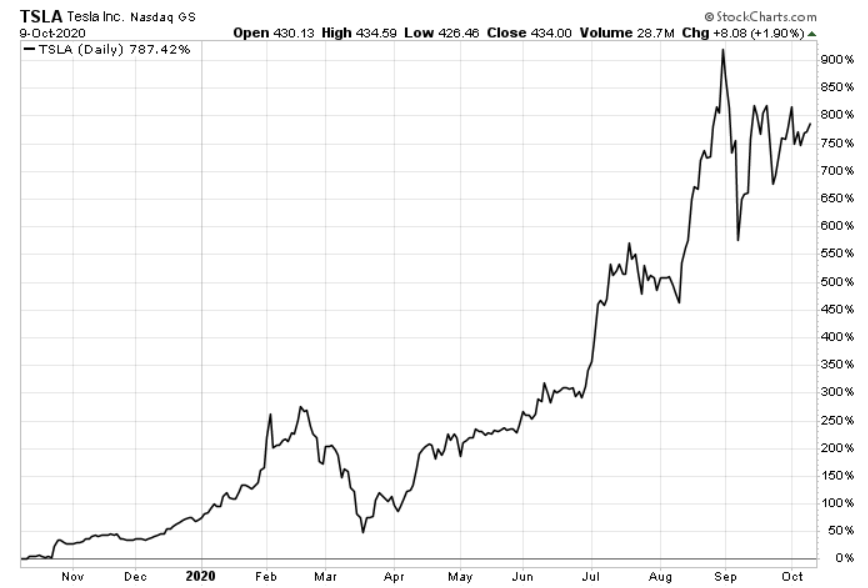 With strong operating and financial performances, TSLA stock has become a market favorite. Over the past 12 months, the company has returned more than 780%.

And this could still be only just a start. Tesla Inc is expanding its presence. The company was the top seller of EVs in China in the first half of this year due to the popularity of its locally-made “Model 3.” And it expects to start producing “Model Y” at the Shanghai plant in 2021. At the same time, Tesla is building a Gigafactory in Germany—one of its biggest European markets. Once the world economy comes out of this pandemic-induced recession, Tesla should be able to deliver even better growth numbers. 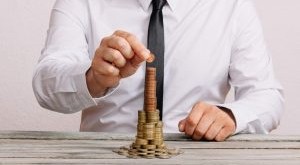 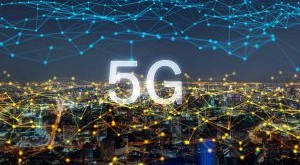 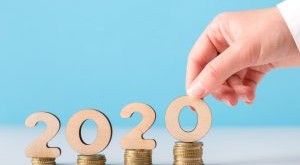 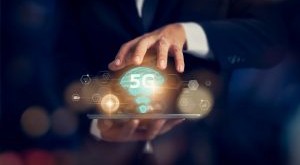