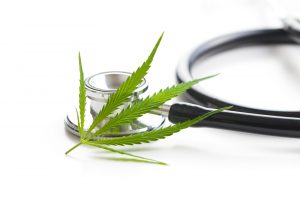 Stocks Operating in This Sector Could See Big Gains in 2020…

2020: The Year of the Medical Marijuana Stock

Something we’ve been documenting for a long while now is the slow but steady spread of medical marijuana legalization.

In many parts of Europe, the entirety of Canada, and now a projected 40 states in the U.S., medical marijuana may be virtually legal in many of the largest consumer markets in the world.

I’ve said it before and I’ll say it again: don’t sleep on medical cannabis stocks. Yes, recreational pot stocks are “sexier,” but that shouldn’t overshadow just how lucrative many medical marijuana stocks can be if played right.

The fact that medical cannabis companies have legal access to far more markets than recreational marijuana does is enough to show that marijuana stocks from the medical sector have huge potential.

Consider that the U.S. is, despite being the most pro-pot it has ever been, still at least a year away from federal legalization. If Donald Trump retains the presidency, you can expect to see little to no movement on federal recreational marijuana legalization until at least 2025.

In the meantime, the quiet fight for medical marijuana legalization fares much better.

In 2020, we could see several states (including deep-red states like Mississippi and South Dakota, traditionally against marijuana legalization) push through legislation that permits medical marijuana.

It’s entirely plausible that more than 40 states could permit medical marijuana by the end of this year. (Source: “Marijuana legalization may hit 40 states. Now what?” Politico, January 20, 2020.)

And as the 2020 presidential election nears, we can expect to see more ballot initiatives concerning pot.

“We’re cautiously optimistic that we can win more marijuana reform ballot initiatives on one Election Day than on any previous Election Day,” said Matthew Schweich, deputy director of the Marijuana Policy Project.

Schweich said that growing public support for the issue among both liberals and conservatives could aid these initiatives.

“Now, we’re venturing into new, redder territory and what we’re finding is voters are ready to approve these laws in those states,” said Schweich. “If we can pass medical marijuana in Utah, we can pass it anywhere.”

The leaders of the marijuana legalization movement have been getting smarter politically.

According to Schweich, while scoring a referendum win in Ohio would be big for the pro-pot political agenda, ultimately it would be a very costly battle. Victories in smaller states can lead to just as much Senate support for far less cost.

“The cost of an Ohio campaign could cover the costs of [four to six] other ballot initiative campaigns. Our first goal is to pass laws in as many places as we can,” said Schweich.

And that makes sense. Build momentum across the country and create such an absurd incongruity between the federal and state laws regarding marijuana that Congress will be forced into action.

It’s a simple plan that could help spur federal marijuana legalization sooner rather than later.

In the meantime, it’s clear that the war for medical marijuana legalization in the U.S. and abroad is almost won. It’s very possible that, no matter what happens on election day in 2020, we could see 50 states legalize medical cannabis in the near future.

And that would mean big opportunities for medical marijuana stocks.

Consider that the SAFE Banking Act, currently awaiting approval by the Senate, could allow large banks to handle marijuana money,

It would lend a whole new air of legitimacy to medical cannabis.

Furthermore, true medical marijuana companies—the ones looking to treat specific conditions rather than, say, general anxiety and other maladies of that nature—operate more like traditional pharmaceutical companies than pure-play marijuana companies.

Which is to say that they invest heavily in research and development, at which point they embark on a risky, often years-long process of trials and approval. But if their drug is approved for use by doctors, these companies often see huge payouts.

Medical cannabis stocks are among the riskier plays in the marijuana market, to be sure, but they could bring massive gains to investors.

Consider the drug “Epidiolex.” The first cannabis-derived medication to be approved by the U.S. Food and Drug Administration for prescription in the U.S. helped push up the share price of GW Pharmaceuticals Inc (NASDAQ:GWPH).

GWPH stock has logged about a 14% gain year-to-date, keeping pace with the recovering marijuana stock market. 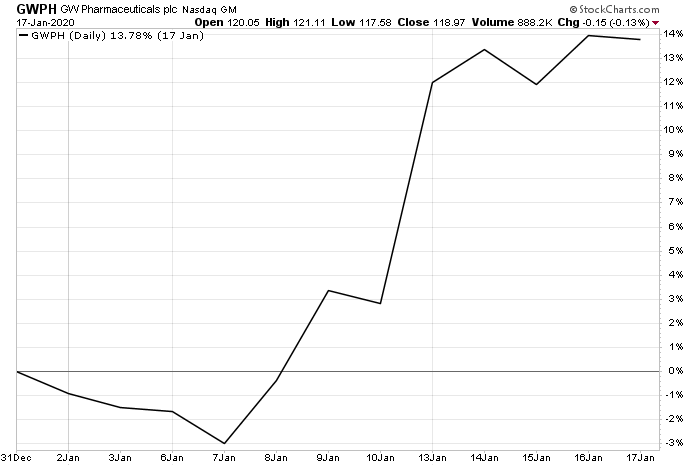 And that’s just the tip of the iceberg.

Many ailments are considered to be potentially treatable by marijuana, including pain, anxiety, and post-traumatic stress disorder (PTSD).

If the U.S. federally legalizes medical marijuana in the near future (an increasingly likely scenario)—or at least relaxes its laws banning research into the drug (something that’s all but assured)—we can expect more of these medications.

It’s a great way to see massive gains on some long-term stocks. As such, investors might want to keep their eyes trained on medical marijuana stocks.

It’s no secret that pot legalization is taking up a lot of oxygen in the media atmosphere as of late. After all, many prominent political figures in the U.S. and elsewhere have increasingly been incorporating marijuana legalization into their platforms or laws.

The path ahead for the recreational weed sector, however, is not necessarily going to be smooth. But for medical cannabis, the path toward legalization is far clearer.

Therefore, refocusing on the vast potential of the medical marijuana sector is a prudent and potentially highly lucrative move. 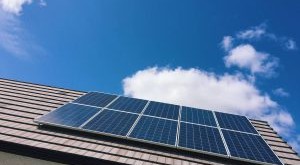 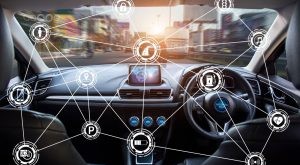 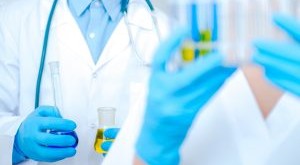